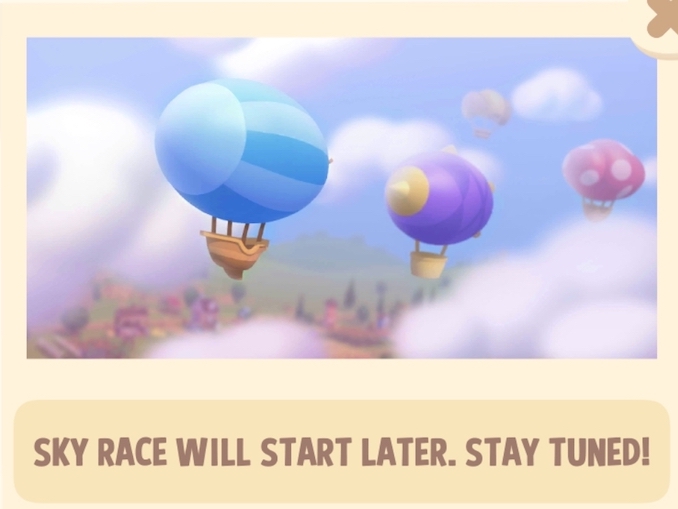 Download and get it NOW at Play Store or App Store. This update includes numerous changes such as (scroll down for details):

We'll keep on updating this page from time to time once we get more info, so please check regularly or follow our facebook page to be notified for updates!

In this updates, many of changes come from Coop, mainly on the Event. Now, the usual 2 and half day events are removed and being replaced by Sky Race Event. This new feature is accompanied by 2 new buildings: A Balloon and new Shop (Sky Race Store) should appear beside your Farm. You are required to be at least level 20 to unlock this buildings but there will be no price to unlock. 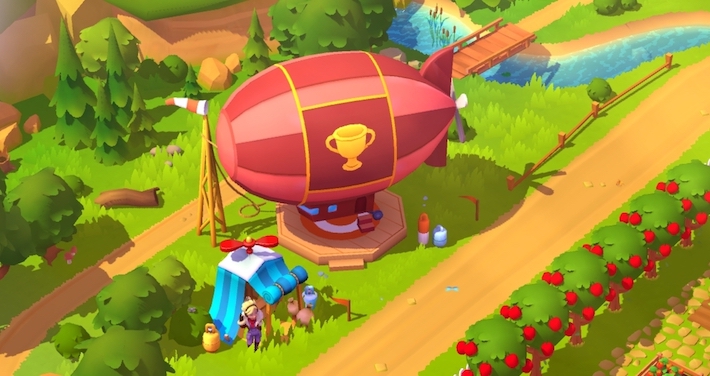 Tapping on the balloon would be the entry point to the Sky Race Event while the small building with a lady beside it is the Shop.

A new currency also has been introduced called Sky Tokens.

The best part is this event is SEASONAL, HAVE THEMES and offer LIMITED EDITION items.

The concept is similar to previous co-op event, your co-op competes with other co-ops (co-op vs co-op).

The main differences between previous co-op events are:

As Sky Race event itself is rather complex and requires longer explanation, we have prepared a dedicated page for it here. More details are inside. 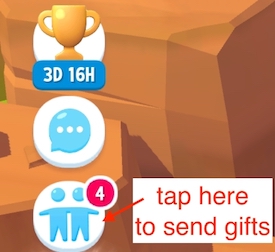 Tap Neighbor button on left side to send gift.

In case you wondering, how do we add friends. Just visit anyone from EXPLORE list or VISITORS list. Then tap on the Star icon on top, beside their name.

The difficulties of Exotic Animal missions have increased along with new UI with more colors. New CHAPTERS also introduced, previously we have 12 chapters and now increased to 16 chapters! More rewards off course.

p/s Each chapter still have 12 stages.

Previously, we have 9 Horses and 9 Bisons, in this version their numbers have been upgraded to 12 Horses and 12 Bisons. This change results in all Animals will have 12 Breeds (Tiers) 3 Common types has been added respectively. This changes also fixed issues where players found it hard to get their first Bison and Horse.

In this version, every animals will reach Elder status. Once you have a couple of tier 12 animals, they will be bred. All Tier 12 Animals will sold will be rewarded with random Gems each.

Boat deliveries have become easier and faster. The rewarding also has been simplified in which it will reward Exotic Tickets.

Player now also only have to wait for 5 hours for new boat to arrive and will have 15 hours to complete deliveries.